At first, moving to the grand house and living among her mother’s roomers was a welcome reprieve from her parents’ constant fights, but Phoebe still walks in her sleep, and her sister has nightmares.

It began on the evening after Pearl Harbor was attacked. Phoebe’s best friend and family were hauled away by the police to an internment camp, and her parents had their worst fight ever. Her mother leaves the marriage, and, to carry herself and her daughters through the war, opens a Hollywood rooming house. The old Victorian is a “real buy” as the government is selling the confiscated houses of Japanese families under the market value.

Now all the windows are darkened at night, and all the streetlights covered to hide coastal homes from Japanese bombs. It is Hollywood. The roomers who pass through Phoebe’s life are starlets, jazz musicians, con-artists, long-suffering writers, and Holocaust survivors.

Phoebe longs for her absent father and unconsciously seeks him in the men who populate the rooming house or who pass through her mother’s life: the jazz musician, the no-good, and the con-man. She also longs for her mother’s affection, but Elaine has grown harsh under the burden of her life. She complains each night about the birds irritatingly singing and interrupting her sleep. “Shut up you katchkas,” she yells. Yet the night birds still sing.

The Night Birds Still Sing is funny, melancholic, full of longing, anger, and despair, and driven by the hopes of a young girl’s mind. 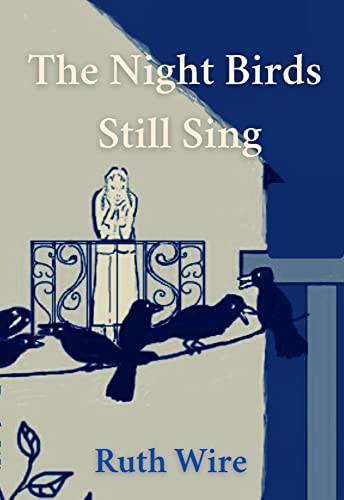